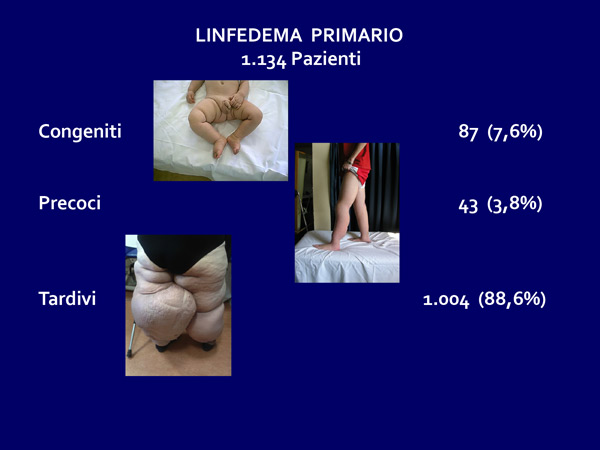 Edema from lymphatic stasis occurs when the lymphatic transport capacity in the territory anatomical concerned is not sufficient to drain the entire quantity of sap produced locally in normal amounts per unit time. It follows that it must also establish a lymphedema onset of functional or anatomical conditions that prevent the sufficient transport. Among the first is sufficient to recall, by way of example, the functional overload of the lymphatic system that occurs in the case of deep vein thrombosis. Immediately after the partial or total obliteration of the lumen of the thrombotic venous vessel, the lymphatic system local takes charge of the interstitial fluid is not drained to the level of the capillary venular and, within certain limits, the capacity of compensation can also be sufficient to adequate drainage, besides these are slatentizza edema. In these conditions, the lymphatic system can be up to ten times its ability to transport the unit of time.

But the most frequent causes of lymphedema are those resulting from incomplete anatomical development in a particular area of ​​the body. 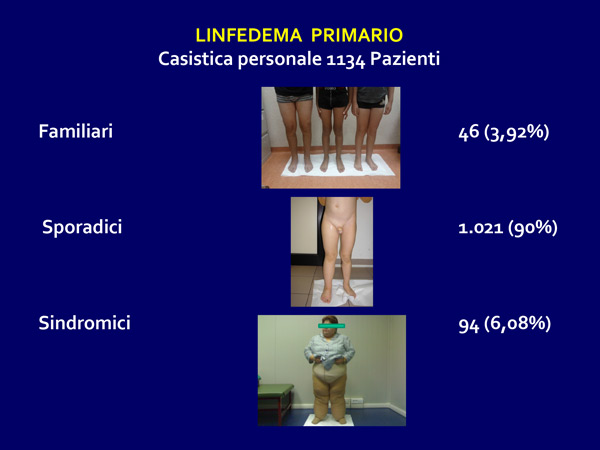 Given the rare valvular agenesis of the abdominal and thoracic lymph trunks where the sap, gravity tends to flow back in the districts pelvic, genital and lower limbs, they remain the two main chapters of agenesis, ipogenesie or lymphatic dysplasias (both of lymphatic collectors which, most frequently, lymph nodes); edema, depending on the severity anatomical, may be present at birth (connatal – 7.6%), appear in the first decade of life (Early – 3.8%), or even in the third, fourth, fifth or sixth decade Life (Late – 88.6%). We’ll talk in these cases lymphedemas Primary, sometimes in character hereditary-family (lymphedemas family, about 4%) or less (lymphedemas sporadic, about 90%), sometimes associated with complex genetic diseases where swelling is one the signs and symptoms of the clinical picture (Prader Willi S., S. Klippel Trenauny, S. Maffucci Weber, S. of Ghoram Stout, S. Marfan, Proteus, Noonan, Henekam, Emberger (lymphedemas syndromic, about 6 %).