The organization of the Campus for pediatric patients with primary or syndromic lymphedema and their families has reached its seventh edition. With the usual enthusiasm and under the patronage of the patients’ association Lymphido and ITA.L.F., Elodie Stasi coordinated the assistance group that entertained the 21 families (including a mother with a 10 years old son from Portugal) that, despite the limitations and fears due to the ongoing Pandemic, were involved in a series of very intense and meaningful theoretical and practical engagements. The beautiful environment of the Canavese, on the shores of Lake Candia, and the mild and temperate climate enjoyed by those present during the two days were a wonderful setting for this event. 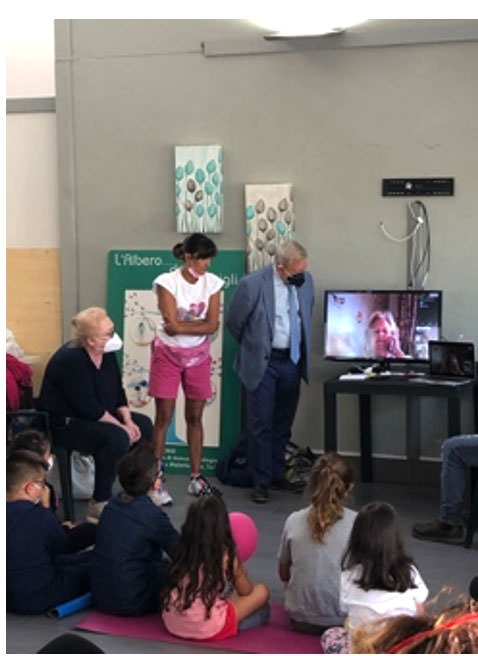 At the start of the two-day event, Christin Moffat (Chair of the International Lymphoedema Framework) and Isabelle Queré from Montpellier, France, greeted the participants and wished them well.

The morning of Saturday began with a series of educational/informative interventions opened by the writer who described how and why we are born with Lymphedema and how the problem must be addressed by the young patient and his family. This was followed by the intervention of Marina Cestari who described the difficulties that the rehabilitation team faces in the first approaches with the family and in the subsequent periods, emphasizing the concept of “latency time” necessary for the family to “assimilate and digest” the clinical evidence that is best described and that is accompanied by the concept of “chronicity”. During this period, which varies from case to case, the young patient and the family become aware of what the status of “rare disease” entails, reaching a possible balance that allows them to adhere to the rehabilitation project with conviction and constructive spirit, not with resignation. Following this, Francesco Boccardo illustrated the indications for the various surgical options necessary in individual cases, emphasizing the importance of a careful selection of possible candidates for surgery. Obviously, the questions of the parents (with children attentive to what was said) have ranged over all the issues related to prognosis and management of the clinical case. In the afternoon the group was divided into two different activities: one addressed to the education on bandaging and self-bandaging with Jean Paul Belgrado, also present Marina Cestari, who reported theoretical and practical notions illustrating them with informative terms but stressing the concept of the importance of bandaging and the use of the final elastic garment in controlling the disease, reducing the volume and consistency of the anatomical areas involved and preventing inflammatory and infectious complications. 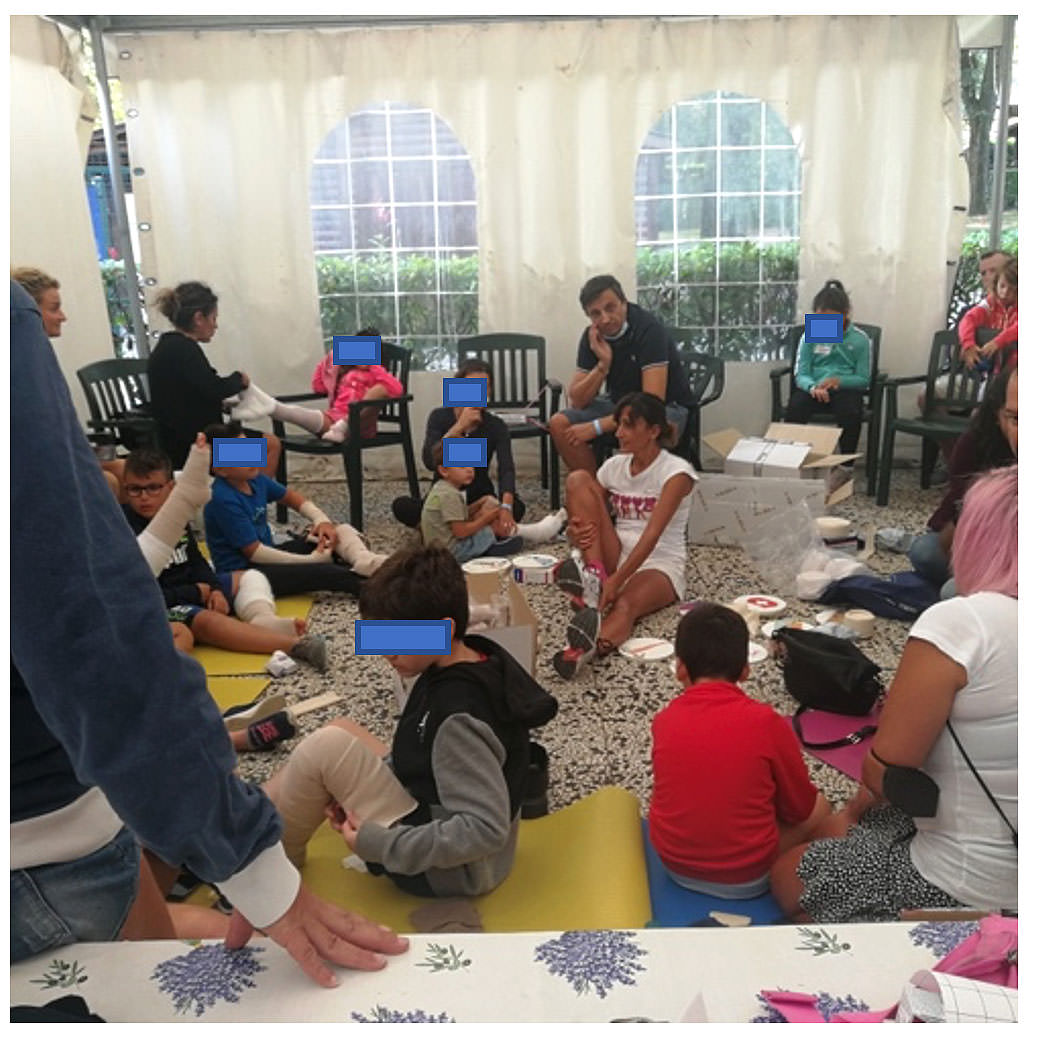 The other group met under the direction of two psychologists and in the active presence of the writer for a serious and serene discussion on personal, relational and social problems faced by parents and families. In this context everything came out, but in particular the “sense of guilt” for having contributed to “give birth” to a child with a chronic and partially incapacitating physical problem, and the tendency of some parents to overprotect their children, conditioning their very existence. We tried to make it clear that the life, from all points of view, that the child must spend must be as ‘normal’ as possible, within the limits of the rules of prevention, even if complicated by the physical defect, the time (daily, weekly and monthly) dedicated to its care and the psychological and physical repercussions that all this involves. In relation to the sense of guilt, the writer stressed that the concept of guilt implies the knowledge, a priori, of an ‘outcome’ dependent on an action or an omission committed by the person concerned; it follows that giving birth to a child with a problem of this type can not be absolutely attributable to a fault: Imagine, for example, the parents of Beethoven who gave birth to a son with a congenital deafness; a son who (despite the severe handicap) realized the wonder of the nine symphonies that have delighted and continue to delight the whole of humanity. And this concept is valid for any creature brought into the world in relation to what it is able to achieve in its personal, relational and social context, useful for itself and for others. 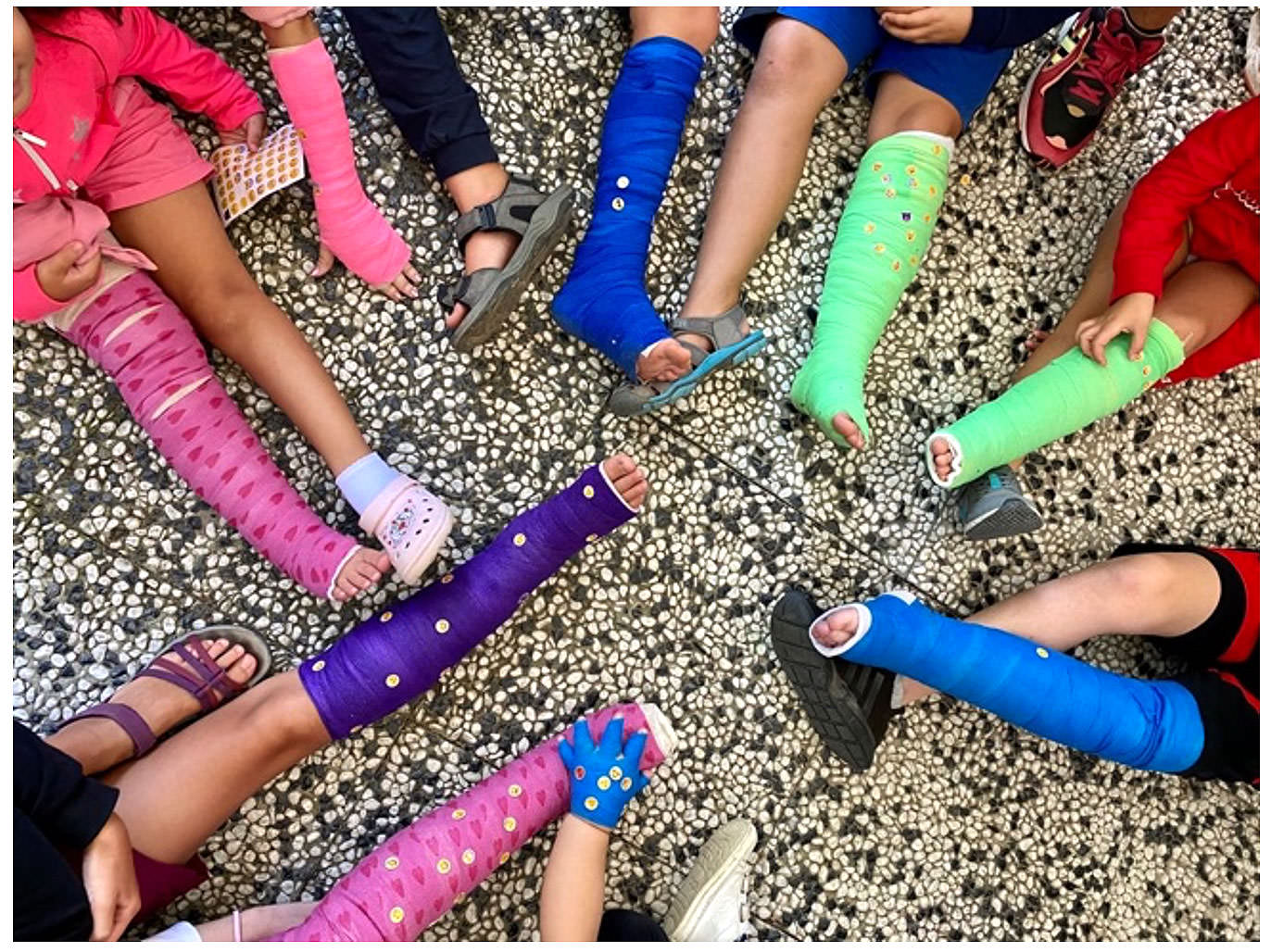 The next day it was the turn of the group of nephrologists, collaborators of Professor Roccatello, who illustrated the principles of ‘Fit-Walking’ (physical activity of a particular walk performed in constant conditions of aerobiosis) leading a large group of young patients and their parents in a test run. This was followed by new demonstrations of bandaging and self-bandaging, interspersed with playful aspects such as a ‘treasure hunt’ and other ‘captivating’ activities that involved the entire family in a very constructive way. To be repeated, certainly, perhaps expanding even more the participation. From such experiences we all come back more refreshed and invigorated, with a physical, but especially mental strengthened, which allow you to deal much more calmly with the daily difficulties of the person concerned and his family, the comparison and sharing of the same experiences certainly help to strengthen the desire to fight and win the negative aspects of the problem..

In saying goodbye to the group we gave ourselves a sure ideal appointment for next year, hoping that this will be more serene and everyone can feel free, finally, from all the constraints that the pandemic still in place has forced us to bear even and especially in this circumstance. Obviously, the questions of parents in this regard have been repeated, focusing, above all, on whether or not the covid19 vaccination is appropriate, with particular regard to children. Our response in this context (as already stated on many other occasions throughout this long period) was to think first of all to their “physical safety” that is put to the test by the biological aggressiveness of the pathogen. It was emphasized, once again, that the vaccine should not be done so much to feel and be more free, but to feel safer in a social context that still sees too many individuals who, inconceivably, despite all the legitimate qualms, struggle to understand the importance of its practice.

The Campus closed with a goodbye to next year for a new stimulating experience of further enrichment.